skip to main | skip to sidebar

Leg yield vs Shoulder in

I received a question the other day: “I would very much like an explanation with videos of how leg yield is performed”. Thank you for your question, Johanna! I was about to write about leg yield and shoulder in anyway since, after I posted the two videos with me and my horse doing shoulder in, I've learned something very interesting about the modern perception of the difference between leg yield and shoulder in. This blog entry will deal with the performance of the horse, that is what the horse should do, and in my next blog entry on the 29 of December I will tackle the topic of how the rider should ask the horse to move sideways. 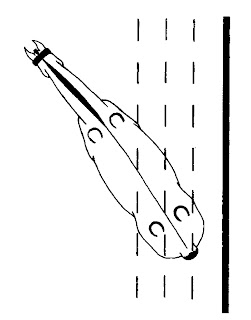 
However, in a shoulder in, the horse should be evenly bent through the whole spine. The result of this will be that the horse is moving sideways only crossing the front legs, not the hind legs. The inner hind leg will not cross in front of and over the outer hind leg, but it will be placed forward and in front of the outside hind leg so that it is placed under the horse's body where it will carry a maximum amount of the horse's weight. What you can see is that the horse is moving on three tracks, i.e. the inner rear hoof and the outside front hoof are travelling on the same line. 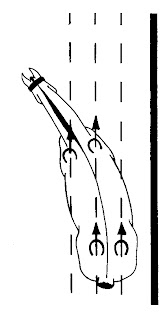 Video of shoulder in


But wait a minute. Can the horse bend evenly through the whole spine? No. Anatomical studies of the horse's spine clearly show that the horse has very limited ability to bend through the spine any further back than the withers.

In times of confusion it is always a good idea to go back and read about the original ideas, so therefore I turned to de la Guérinière. He was the first person to describe how to ride a shoulder in on a straight line, he did so 1731:

“Thus, once a horse has learned to trot freely in both directions on the circle and on the straight line, to move at a calm and even walk on these same lines, has become accustomed to executing halts and half halts and to carrying the head to the inside, it is then necessary to take him at a slow and slightly collected walk along the wall and place him such that his haunches make one line and his shoulders make another. The line of the haunches must be near the wall and the line of the shoulder must be about a foot and a half to two feet away from the wall, while keeping the horse bent in the direction in which he is moving. In other words, to explain myself more simply, instead of keeping a horse completely straight in the shoulder and the haunches on the straight line along the wall, it is necessary to turn his head and shoulders slightly inward toward the centre of the school, as if one actually wanted to turn him, and when he has assumed this oblique and circular posture, one must make him move forward along the wall while aiding him with the inside rein and leg (he absolutely cannot go forward in this posture without stepping-over or “chevaler” - the front inside leg over the outside and, similarly, the inside hind leg over the outside). This is easily seen in the figure of the shoulder-in which will make this still more visible.”

Part of the figure referred to in the quote is shown here: 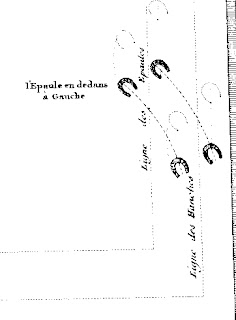 The text and pictures describe, as far as I can tell, a horse that crosses both the front and hind legs. So, the father of modern riding describes a movement he calls shoulder in where the horse crosses the inner front and inner hind leg with the goal of producing suppleness in the horse since the horse is using the joints in the legs differently from when he travels on one track, whether that is straight or on a circle.

These ideas only apply if the horse moves on the straight line. As soon as the horse starts performing shoulder in on a curved line, both the inner front and the inner rear leg will cross over the outer ones. 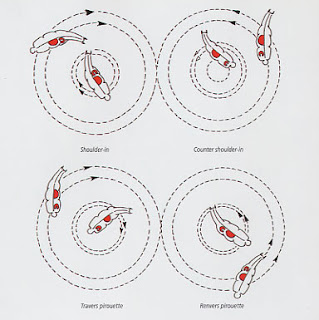 Video showing shoulder in on the volte

Thanks to Mark Stanton of Horsemanship Magazine for proof reading! All remaining errors are my own.
Upplagd av Lena kl. 09:17

A sincere and a slightly cheeky blog on classical riding, horsemanship and the process of teaching and learning how to ride. Our goal is to inspire and challenge you to grow as a rider! We who write are ...